A few years ago I came across Umbrella Today. The site had a simple function, providing a weather forecast with only one variable: is it going to rain today? Enter your zip code and you get a Yes-No answer to the question. The simplicity of this appealed to me. Although it was featured on LifeHacker in 2008 the site has since gone offline. Anyway, I don’t live in the USA and therefore didn’t have a zip code.

It thought it would be fun to set up a similar system using a Raspberry Pi, an RGB LED, and the Weather Underground API. When rain is forecast the LED is blue, otherwise it’s green. The final product is shown below. 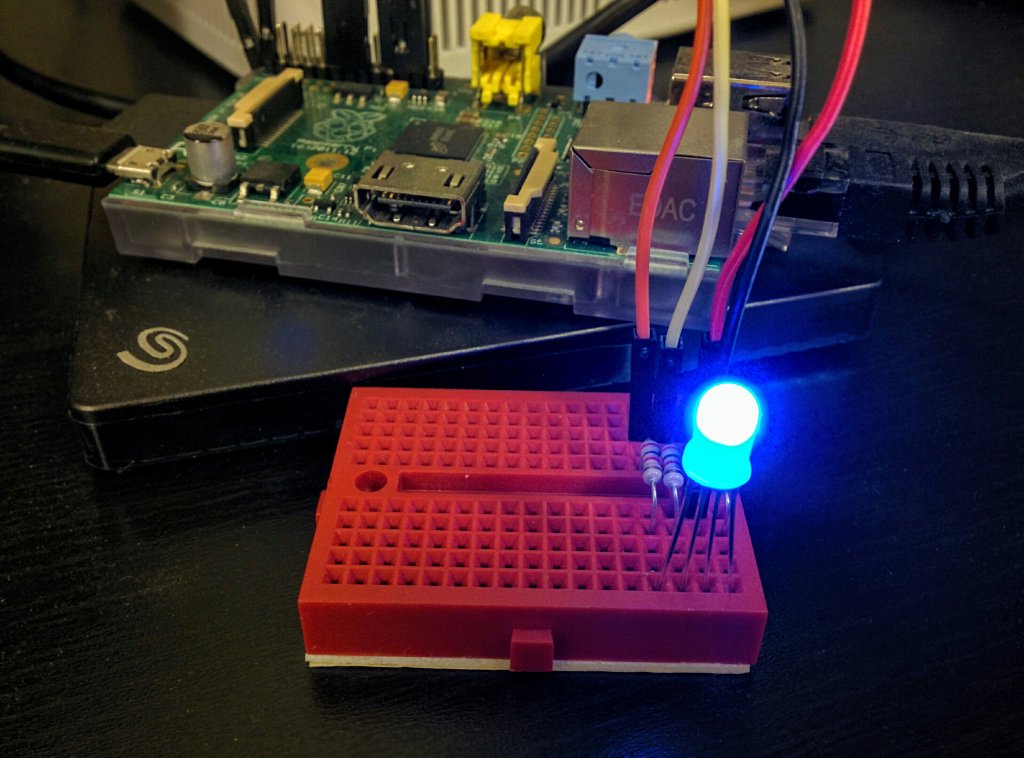 To built your own Umbrella Advisement Notification Device, you will need:

The components should be assembled following the schematic below. 3 of the pins on the LED correspond to the red, green and blue LEDs inside. The longest pin on the LED should be connected to 3v3 (if common anode) or ground (if common cathode). The value of the resistors can be adjusted to preference, with larger values resulting in less brightness. For more information, see the Adafruit tutorial on RGB LEDs. 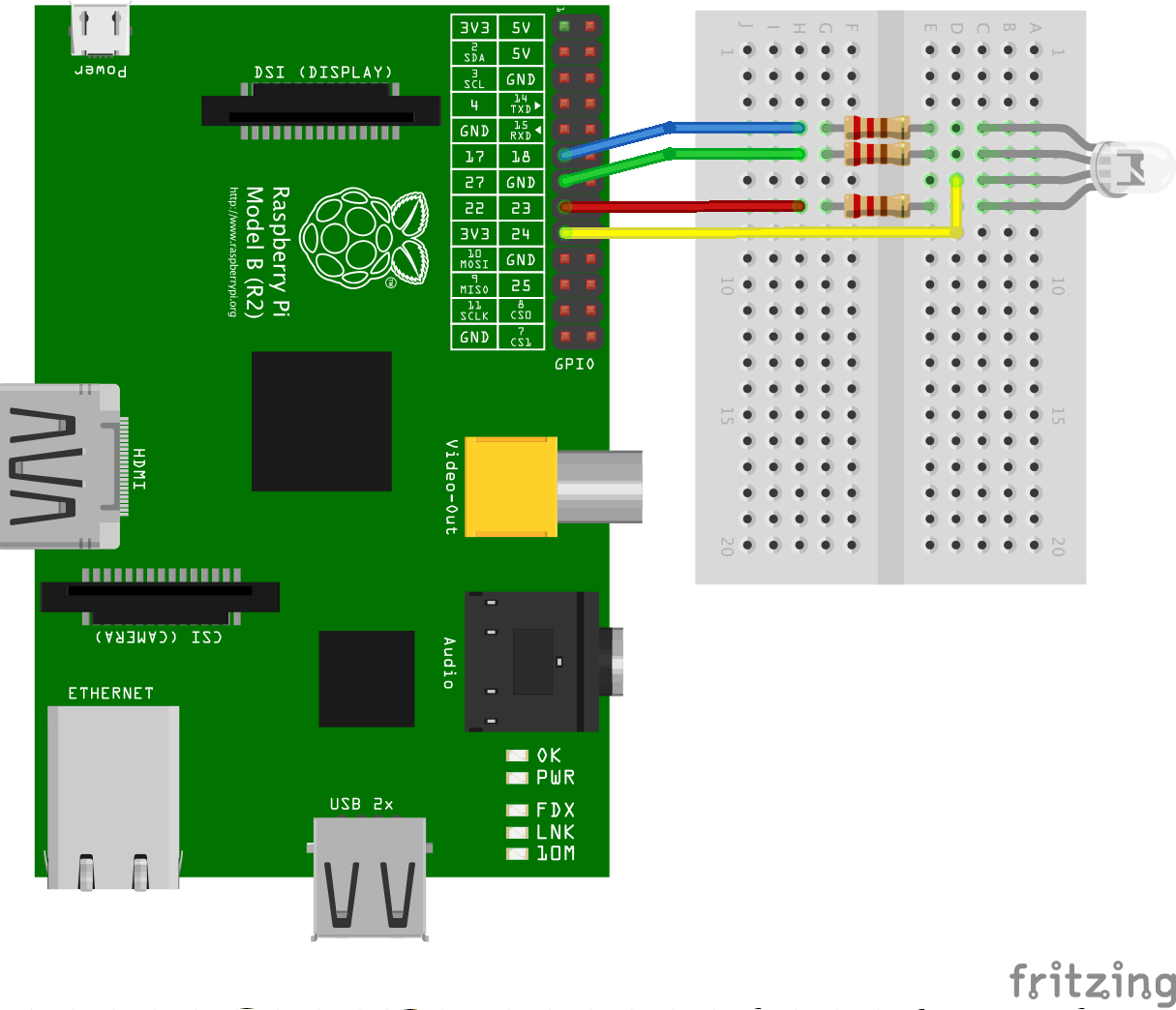 Now that the hardware is set up we need to write some software to control the LED.

All of the code in this post is available on GitHub: https://github.com/snorfalorpagus/umbrella_today_rpi

If you haven’t already, install the RPi.GPIO and requests modules:

You will need to update the APIKEY and LOCATION variables. An API key can be requested from the Weather Underground developer site. At the time of writing, free access allows 500 queries per day. That’s enough for us! You can get the location code by copy and pasting the URL from the standard website. The example below is for Oxford, England.

The module below uses the requests module to query the Weather Underground API. The forecast for the current date is retrieved in JSON (or tomorrow, if it’s after 5pm). The umbrella_today function returns True if it forecasts greater than or equal to 1 millimetre of rainfall during the day.

We can test that everything is working using the Python console:

Uh oh! Looks like we’ll need to take a raincoat.

Next we need something to control the color of the LED. The module below uses the RPi.GPIO module to control a common anode LED. For a common cathode, you’ll need to swap the order of GPIO.HIGH and GPIO.LOW in the call to GPIO.output().

You can use the module above to test your hardware setup. The two lines below import the set_color function, then set the color of the LED to blue.

Finally, a short script to link the modules together. Every 30 minutes the weather forecast is checked and the color of the LED is updated accordingly.

The RPi.GPIO module requires root privilege to function, so call it with sudo. If you want to leave this running you could call it using screen, or with something more complicated (+ robust).

The Raspberry Pi, Python and the requests module were all used for convenience and also due to my RPi being in prominent view in my living room. The same result could be achieved using an ESP8266 and C++ without too much difficulty, even with the limited GPIO of the ESP-01. To avoid the burden of having to parse JSON on an IC the heavy living could be offloaded to script on a webserver which just returned a True/False response.